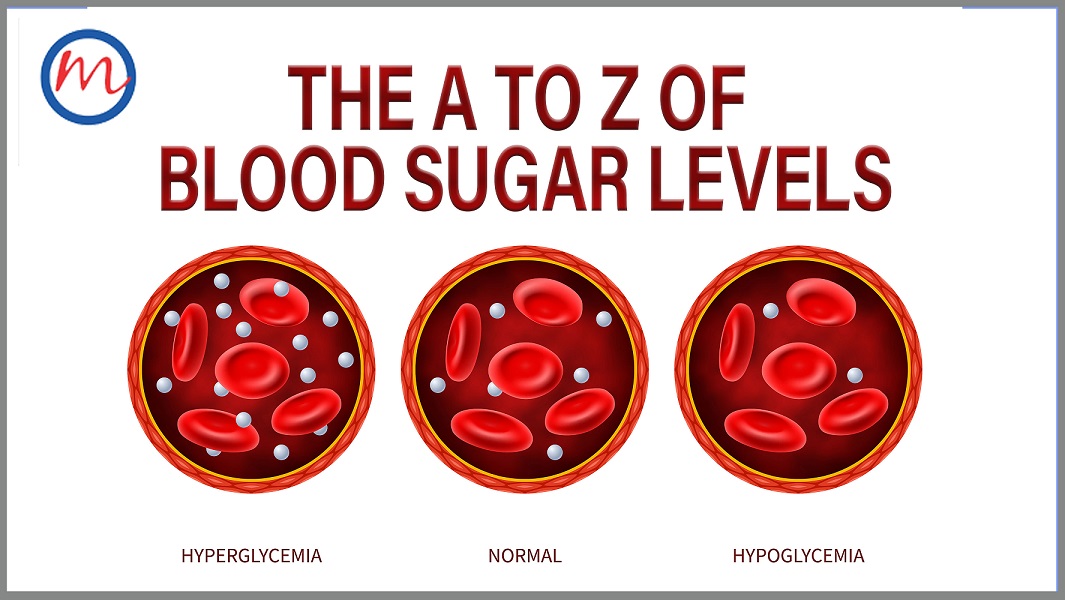 Everything you wanted to know about this Sweet Disorder

How Sour is Sugar?

Sugar is synonymous with ‘a sprinkle of joy’. Abnormal blood sugar levels, however, are a different proposition altogether. Diabetes mellitus, the disorder characterised by high blood sugar levels, is a common condition that afflicts a large percentage of the population especially in Asia and, therefore, has resulted in the proliferation of certain myths and cures in the same basket as many old wives’ tales. Here is an overview of the condition that will hopefully help to dispel such myths and provide a holistic understanding of it.

What is normal and abnormal blood sugar?

Blood sugar levels refer to the concentration of glucose in the bloodstream. During digestion, carbohydrates undergo degradation and are converted to glucose, a simpler unit of the sugar. This glucose finds its way into the bloodstream via absorption through the small intestine. From here, it can either be stored or used to generate energy. The regulation of blood glucose levels during this period is done by the hormone insulin and a disruption at this juncture is what leads to an abnormality in blood glucose levels.

Blood sugar levels are quantitatively described as a before and after fasting measurement because not eating for long intervals causes a natural drop in sugar levels and vice versa. The ideal concentration of sugar in the blood whilst fasting should be less than 100 mg/dl and after food, under 140 mg/dl. This range is often considered as the normal blood sugar level and deviation from it for long periods is indicative of an underlying condition. In medical terms, this deviation is termed as Dysglycemia.

Dysglycemia is broadly divided into two categories: Hyperglycemia and Hypoglycemia. Hyperglycemia refers to elevated blood glucose levels and is more often than not indicative of Diabetes Mellitus. The most common symptoms include a frequent urge to urinate and prolonged periods of thirst or excessive drinking; however, many people with diabetes may have no symptoms at all. Hypoglycemia is the other end of the condition characterized by a drop in blood sugar levels typically below 70 mg/dl. This occurs usually as an undesired effect of diabetes treatment and is short-lived. The onset of hypoglycemia is quite sudden and the symptoms are light-headedness, confusion, trouble with speech and loss of consciousness.

How to test for blood sugar?

Tests to measure blood sugar levels are often carried out as part of routine check-ups or for monitoring those with a pre-existing condition. There are two primary methods by which blood sugar levels are gauged. The simplest method involves pricking a fingertip and letting a drop of blood fall on the strip of a glucose meter, a handheld device to measure blood sugar levels. This incites a reaction on the strip causing electric currents to pass through and give a reading. The results can be obtained almost immediately with acceptable accuracy using this method.

The second method involves drawing a blood sample from a vein (usually at the elbow) and checking the amount glucose in the sample. This test requires the use of a clinical laboratory and the results take longer, but is more accurate than the fingerstick test mentioned above. To make the results more reliable, the blood test is often performed at different times of day i.e. in the fasting state and 2 hours after ingestion of glucose solution (oral glucose tolerance test or OGTT).

A more reliable way of checking the long-term sugar levels is to check the level of hemoglobin in the blood with glucose attached. This test, called the glycated (glycosylated) hemoglobin or HbA1c measures the average glucose levels for the past two to three months as opposed to a glucose meter or a lab glucose test which provides a reading of sugar levels at the moment of testing. The amount of HbA1c present in the blood is proportional to the sugar levels during that period.

What is Diabetes and Pre-Diabetes?

In addition to normal individuals and those with diabetes mellitus, blood glucose testing can also unearth another category of individuals i.e. those in whom the blood sugar values are higher than normal, but not high enough to be classified as diabetes. This condition is known as “pre-diabetes” and is an important stage in the natural progression from normal to diabetes. Individuals with pre-diabetes are at high risk of progressing to diabetes, but this can be prevented or delayed by early identification and institution of lifestyle modification measures such as dietary changes and physical activity, with or without the use of medications.

What is Insulin Resistance?

Insulin is a hormone secreted by the pancreas that stimulates the absorption of glucose from the blood into the liver, muscle and fat cells. When the responsiveness of liver, muscle and fat cells to insulin decreases, it results in increased glucose levels in the blood. This deterioration in response is termed insulin resistance. The pancreas tries to mitigate the situation by producing more insulin which would maintain homeostasis. However, when the pancreas becomes incapable of keeping up with the demand or when the responsiveness of target cells further weakens, pre-diabetes occurs which in turn can progress to type 2 diabetes.

What is insulin dependence?

There are specific cells in the pancreas called beta-cells which are responsible for the production of insulin in the body. A genetic predisposition or certain environmental factors can cause the body to mistakenly recognize these beta-cells as foreign matter and subsequently attack them, ultimately destroying them completely. The halt in insulin production leads to high glucose levels in the blood. This form of diabetes is classified as Type 1 diabetes and the treatment involves the injection of chemically synthesized insulin to maintain blood glucose levels, failing which the patient can die. This reliance on external insulin for survival is called insulin dependence.

The production of insulin by the pancreas is accompanied by the formation of a by-product called C-peptide. It is made up of 31 amino acids and plays a vital role in the diagnosis of various diseases. Since the production of C-peptide and insulin occurs in tandem, lower levels of C-peptide in the blood are indicative of Type 1 diabetes. However, even in type 2 diabetes, insulin production and C-peptide levels can decrease with time, as discussed earlier. Individuals whose C-peptide levels are low or absent will need to administer insulin to control their diabetes.

What age can one get Diabetes?

The two types of diabetes, type 1 and type 2, were initially classified as child-onset (juvenile-onset) and adult-onset diabetes respectively, however, recent observations are contrary to this observation. While type 1 diabetes usually sets in during childhood and adolescence, the onset has been reported even in the seventh decade of life. Similarly, while type 2 diabetes is typically found in adults over 45, there has recently been an increase in the numbers of adolescents and even children diagnosed with this disorder. Lifestyle, dietary habits and genetic factors usually determine the age of onset of diabetes.

What are symptoms of diabetes?

The initial symptoms indicative of diabetes are fatigue, polyuria (excess urination) and dehydration. Type 1 Diabetes can lead to drastic weight loss in addition to nausea and vomiting and may present for the first time with coma (diabetic ketoacidosis). Yeast infections, pain or numbness at the extremities and longer healing periods for small wounds are typically said to be more common in type 2 diabetes; however, more than half of all patients diagnosed with type 2 diabetes report no symptoms at all.

What are the symptoms of insulin resistance?

Insulin resistance usually does not present with any symptoms unless diabetes supervenes. The patient may be overweight or obese and can have skin markers of insulin resistance such as acanthosis nigricans (dark velvety patches over the skin of the neck and armpits) and skin tags. Women can have menstrual abnormalities or infertility (due to the development of polycystic ovary syndrome).

Type 1 diabetes usually occurs in children aged under 15 years. Although the reason for its onset is yet to be identified, genetics play an important role although environmental factors such as a viral infection could act as a trigger for the condition.

Of late, due to the worrying increase in prevalence of obesity in children, type 2 diabetes is also becoming more common in children and adolescents. Since it is a comparatively new phenomenon, pediatric wards are still adapting to it and the treatment protocol for this age group is still evolving.

The occurrence of Type 2 diabetes in young adults is termed as early-onset-type 2 diabetes because this form of diabetes was associated with an aging population in the past. A correlation has been established between obesity and type 2 diabetes and treatments are often focused on tackling this. However, pharmacological intervention is almost always a necessity in order to achieve glycemic targets and it is administered in tandem with strict dietary restrictions and regular exercise. With early diagnosis and prompt treatment, the ill-effects of the condition can almost always be nullified in young adults.

Adults above the age of 45 are the demographic that is most affected by Type 2 diabetes. There has been a rise in numbers of those affected in recent years and it is attributed to the rise in sedentary lifestyles and the shift towards more unhealthy dietary habits. The large majority of adults with diabetes manage the condition through drug therapy or through a combination of drugs and insulin shots. Another form of diabetes is called gestational diabetes and it is found exclusively in pregnant women. It is a non-chronic condition that passes once the pregnancy period is over; however, the woman remains at risk of developing type 2 diabetes later in life and should be followed up lifelong.

Get Down with Diabetes

Significant progress in medical research and general awareness of the disease has made Diabetes Mellitus a manageable condition with those affected being able to lead normal lives. It has gone from a ‘killer’ disease to an inconvenience in recent years. A disciplined lifestyle coupled with timely professional consultation is the magic formula that will yield optimum results.

Follow this and you are already on the path to recovery. 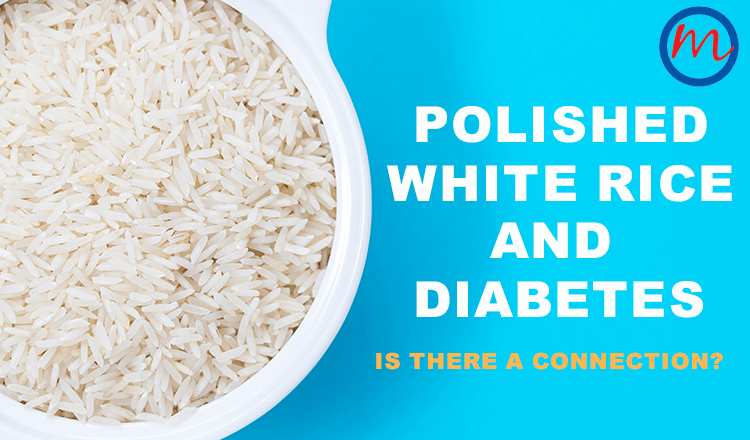 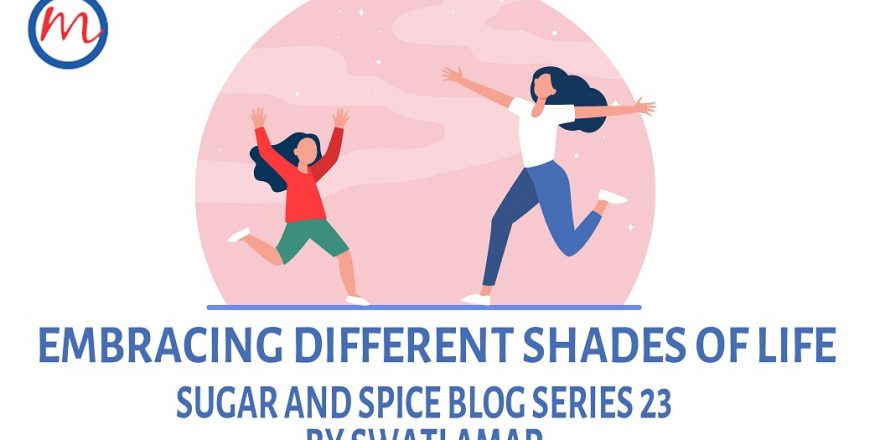 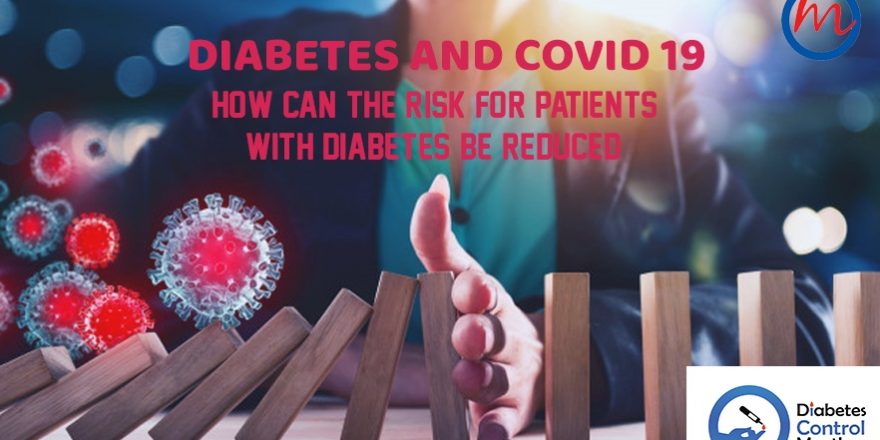 Diabetes and COVID-19 – How can the risk for patients with diabetes be reduced?