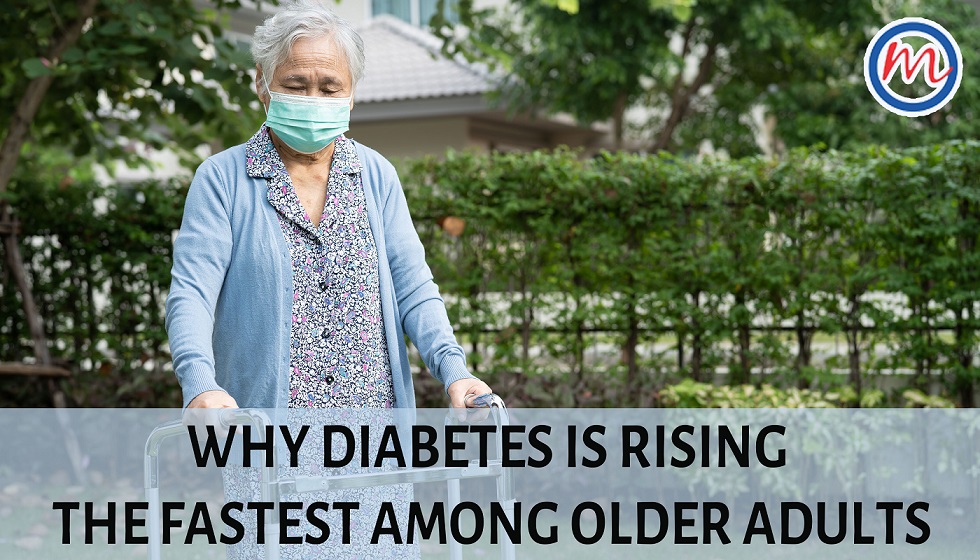 All these and more have been revealed this month by a major survey conducted over 72,000 elderly Indians between April 2017 and December 2018: The Longitudinal Ageing Study in India (LASI) Wave 1. The purpose of the study sponsored by the Union Ministry of Family and Health Welfare is to inform, design, implement and expand new-generation institutions for the care and support of India’s elderly.

Although we highlight diabetes here, LASI actually serves as an evidence base for analysing the health, economic and financial resources, living arrangements and social connections of older Indians. Carried out every two years since 2010 by the ministry, the survey tracks ageing and disease patterns of people over age 60. The institutes that have also contributed to the survey include the Harvard T.H Chan School of Public Health and the University of Southern California, US.

People worldwide are living longer. And India is poised to experience a dramatic increase in the size of ageing population. The country is celebrated as one of the nations with the youngest population in the world, but that democratic dividend hides yet another stark reality: every tenth citizen in India is over age 60. Out of the world’s 962 million geriatric population, India is home to over 120 million—a number that is slated to rise to 319 million by 2050. The United Nations Population Division estimates that the share of Indians in the age bracket of 60 and above is rising exponentially—from eight per cent in 2010 to 19 per cent by 2050.
Yet comprehensive research and effective policy to confront this parallel silvering of the country are lacking. The idea of active and healthy ageing remains a mystery to most people. Geriatric medicine is a relatively new discipline. Medical curriculum in India does not shed any light on old-age specific issues. A handful of medical schools offer postgraduate training in geriatrics. Trained elderly care physicians do not even exist in the triple-digit.

Diabetes in older adults is a growing public health burden. The unprecedented ageing of the world’s population is believed to be a major contributor to the diabetes epidemic underway around the world. In fact, older adults represent one of the fastest-growing segments of the diabetes population, especially as the segment of people >80 years rises at the fastest rate.

Older adults with diabetes may either have elderly onset disease (diagnosed at age 65 or older) or long-standing diabetes with onset in middle age or even early. Of all the diseases affecting the seniors, type 2 diabetes (T2DM) is the single most disease affecting a large number (along with hypertension.) Diabetes and its complications take a major toll on their quality of life and financial worries. Diabetes further increases their risk of death from heart disease and stroke.

All the diseases of old age—cancer, heart disease and stroke to dementia— have a metabolic component That means, they are influenced by how well the body processes its fuels. It is hard to say if ageing causes metabolic issues, or metabolic issues cause ageing. Type 2 diabetes is a classic example, when the body is unable to regulate its blood glucose levels, leading to a number of health issues and complications.
With the rise of cell and molecular biology, type 2 diabetes has been linked to shorter telomere length. As you know, every cell in your body contains thread-like structures called chromosomes, that contain and guard your DNA—your genetic blueprint. Telomere is found at the end of each chromosome, much like the plastic tips at the end of shoelaces. Telomere is maximum at birth and decreases progressively with age. In people with Type 2 diabetes, the telomere length has been found to be much shorter than people who don’t have diabetes.

Remember, diabetes is not the only factor linked to the shorter telomere. Physical inactivity, insulin resistance and obesity have all been shown to be associated with it. Therefore, the most important thing is to have a diet that promotes metabolic health and to keep active. Bring down the amount of refined carbohydrates and sugars in your diet. Sugar promotes poor metabolic health, is associated with shorter telomere length.

It stands to reason that reducing the amount of refined carbohydrates and sugars in the diet should reduce the negative impacts of ageing. Low sugar diets have also been shown to lower levels of sugar in the skin, reducing skin ageing. Also, as poor metabolic health and ageing are both risk factors for diseases  like cancer, cardiovascular disease and Alzheimer’s, reducing sugar intake is a good strategy to boost your health and wellbeing.

It has been found that two promising strategies for telomere maintenance are physical activity and nutrition. Lifestyle factors such as an unhealthy diet, physical inactivity, or smoking have been linked to shorter telomere length. While more research is needed at the molecular level to establish the link between physical activity and telomere length, there are ample studies on how diet and nutrition can be positively associated with it.
First, the consumption of legumes, nuts, seaweed, fruits and 100 per cent fruit juice, dairy products, and coffee have been found to be positively associated, while consumption of alcohol, red meat, or processed meat inversely. Studies suggest that reducing high sugar consumption, especially sugar-sweetened beverages (including soda, soft drinks, fruit-flavoured drinks, sports drinks, and energy drinks) can be associated with longer telomeres. The consumption of 100% fruit juice is associated with a higher telomere length. The same has been found with beans, whole grains and dietary fibre.
While it is important to be aware of the effects of specific diets, not just individual foods, on telomere length. A 2015 study on Korean diets, for instance, four “a prudent dietary pattern,” characterised by high intake of whole grains, fish and seafood, legumes, vegetables, and seaweed was found to be positively associated with longer telomeres, compared to the “western dietary pattern” (high intake of refined grain, red meat or processed meat, and sweetened carbonated beverages). Other studies have found similar results in the Mediterranean diet (high intake of vegetables, legumes, nuts, fruits, unrefined cereals, fish, unsaturated lipids, particularly olive oil.)

A few pointers from the LASI study: Areas with high-prevalence of diabetes can be found in the southern states and union territories, Delhi and Punjab. Meghalaya, Nagaland, Madhya Pradesh, Uttar Pradesh and Bihar have a low share (under 8 per cent) of cases.)
Diabetes has severe long-term implications that require early diagnosis and adequate treatment. According to the report, more than three-quarters of Indians above the age of 45 are undergoing treatment for diabetes. The percentage is higher among senior citizens, especially in urban areas.
Diabetes is the third major contributor to non-communicable diseases and overall mortality in India.

Stress and Non – Compliance : The Double – Edged Sword of Diabetes