Diabetes mellitus is defined as a metabolic disorder of multiple causes characterized by chronic hyperglycaemia with disturbances of carbohydrate, fat and protein metabolism resulting from defects in insulin secretion, insulin action or both leading to changes in both small blood vessels and large blood vessels.

All children with diabetes need not be type 1 diabetes (T1DM)!

Until recently, type 1 diabetes (T1DM) was not only the most common form of diabetes seen in youth, but also perhaps the only form of diabetes seen in children and adolescents. However, this trend has started changing slowly.  Type 2 diabetes (T2DM), earlier considered a disorder of middle age or elderly is increasingly being reported among young adults and now also in adolescence and childhood, probably due to the burgeoning epidemic of childhood obesity.

A brief description of different types of diabetes in the young in India is given in detail below:

T1DM is an autoimmune disease with progressive destruction of β-cells, leading to polyuria, polydipsia, weight loss and hyperglycaemia. Making a proper diagnosis of T1DM with clear evidence of β-cell destruction through the presence of islet cell autoantibodies and demonstration of absent β-cell function as measured by levels of C peptide and prescribing the appropriate doses of insulin are the basis for precision medicine in the case of T1DM.

A combination of genetic and environmental factors put people at increased risk for type 1 diabetes.

As insulin deficiency worsens, ketoacids (formed from the breakdown of fat) build up in the blood and are excreted in the urine and breath. They cause the feeling of shortness of breath and abdominal pain, lethargy, muscular cramp, disturbed consciousness, vomiting and worsening dehydration.

High blood sugar, acidosis and dehydration together cause the condition known as diabetic ketoacidosis or DKA. If diabetes is not diagnosed and treated with insulin at this point, the individual can lapse into a life-threatening diabetic coma.

Treatment: Insulin is the only treatment for children with T1DM.

Co-morbidities: Although the mortality in children with diabetes has drastically decreased, both acute complications (like ketoacidosis, hypoglycaemic episodes, infections) and chronic complications (like retinopathy, neuropathy, nephropathy, skin infections and psychological disturbances) lead to increased morbidity and premature mortality in T1DM.

T2DM is a heterogeneous group of disorders predominantly due to insulin resistance and some degree of an insulin secretion defect. T2DM has a range of risk factors, aetiologies and clinical presentations.

Risk Factors: Overweight and obese children are at increased risk for developing T2DM during childhood, adolescence or later in life as obesity increases the chances of insulin resistance.

Symptoms: Type 2 diabetes usually develops slowly and steadily in children. Symptoms are same as to those of type 1 diabetes. Some children or adolescents with type 2 diabetes may show no symptoms at all when they are diagnosed and others may present with vaginal yeast infection or burning on urination due to yeast infection. Some children may have extreme elevation of the blood glucose level associated with severe dehydration and coma. Therefore, it is important for health care providers to identify and test children or teens who are at high risk for this condition.

Physical signs of insulin resistance include

Treatment: Type 2 diabetes is usually managed with oral hypoglycaemic agents and by following regular dietary pattern and physical activity. They mayneed insulin also if their sugars are not under control.

MODY is defined by its

Thus, each child of a parent with MODY has a 50 percent chance of inheriting the same type of diabetes. With these above clinical features, a number of youth onset individuals were classified as MODY. However, the problem at that time was that in the absence of a specific genetic marker, MODY was often confused with T2DM which occurs in the young. Once the genetic defects in MODY were identified, it was then possible to accurately diagnosed MODY. Of the 14 varieties of the MODY that have been described, some forms like MODY 1,2,3 and 5 are well known and the clinical features are well characterized.

Treatment: Some children respond to diet therapy, exercise, and/or oral anti-diabetes medications that enhance insulin release. Others may require insulin therapy. Depending upon the type of MODY, the treatment varies vastly. Oral hypoglycaemic agents work well for MODY 1, 3 and 4. MODY 1 and 3 require insulin eventually. MODY 2 rarely requires drug or insulin therapy and can usually be managed by exercise and diet alone. MODY 5 may require different treatments because it has other problems in addition to diabetes.

If a young patient is diagnosed with what looks like T1DM but has atypical features, example, the pancreatic beta cell function seems to be relatively preserved (C-peptide levels are present) and if the antibodies associated with T1DM like GAD antibody, Zinc transporter, IA-2, ICA, etc., are absent, it is well worth screening that person for MODY. By doing a simple genetic screening test, it can be identified whether the person has MODY and also which type of MODY.

Causes: Neonatal DM is caused by a single mutation in an increasing number of identified genes. These genes have important roles in the normal development and function of pancreatic beta cells including insulin production and secretion.

Treatment: Neonatal diabetes will usually either be treated with oral drugs or insulin. This treatment may not be required as the child grows up depending on the type of diabetes.

This is a unique form of diabetes seen in tropical countries secondary to non-alcoholic chronic calcific pancreatitis.

Patients with FCPD are generally lean, from poor socioeconomic status and usually present with a history of intermittent but severe abdominal pain since childhood, sometimes with steatorrhea (oily stools), pancreatic function tests will be abnormal and signs of insulin resistance will be absent. Abdominal CT scan/ultrasonography will show multiple, large, dense, pancreatic calculi.

Treatment: Oral hypoglycemic agents may be useful in a few patients with mild diabetes and relatively early in the course of the disease. However, the majority of patients eventually need insulin for control of diabetes and to improve their general health and sense of well-being. FCPD is a pre-malignant condition and hence screening for pancreatic adenocarcinoma should be done particularly if there is history of weight loss or jaundice.

Diabetes is a complex health condition where symptoms differ from individual to individual and so does the diagnosis. It is important to diagnose and understand an individual’s body type, genes and other factors before prescribing any sort of treatment. An individual’s diagnosis can only be prescribed after assessing and conducting the essential tests. Thus, the precision method provides tailor-made diagnosis and treatment for people with diabetes. Diagnostic tests and therapies are selected not only on the basis of generic symptoms but also by the specific risk factor profile and health history obtained from genetic profiling.

Precision diabetes will make it possible to accurately classify a patient and determine the type of diabetes any individual is suffering from depending on which the treatment for the patient will be prescribed. At Dr.Mohan’s Diabetes Centre, we do various tests at our centre to determine the type of diabetes. We constantly try to innovate and provide the best diabetes care to our patients. We believe this approach will not only provide accurate and relevant treatment but also have a huge impact on the cost of managing diabetes.

Beyond COVID-19 : Building fitness at any age 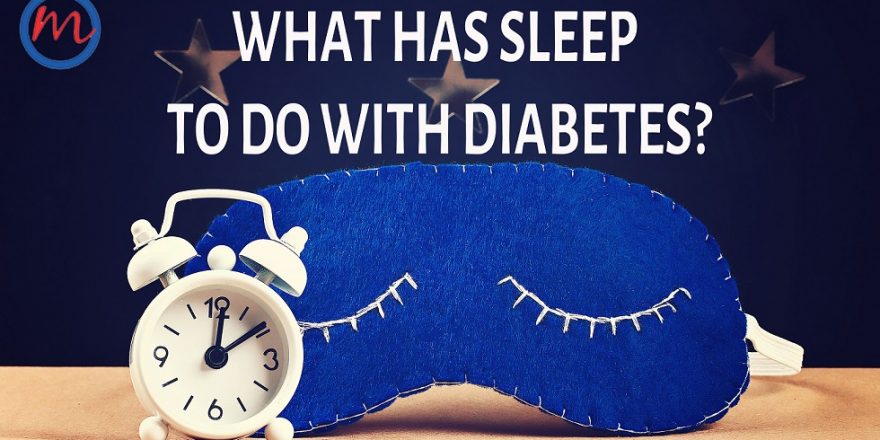 WHAT HAS SLEEP TO DO WITH DIABETES? 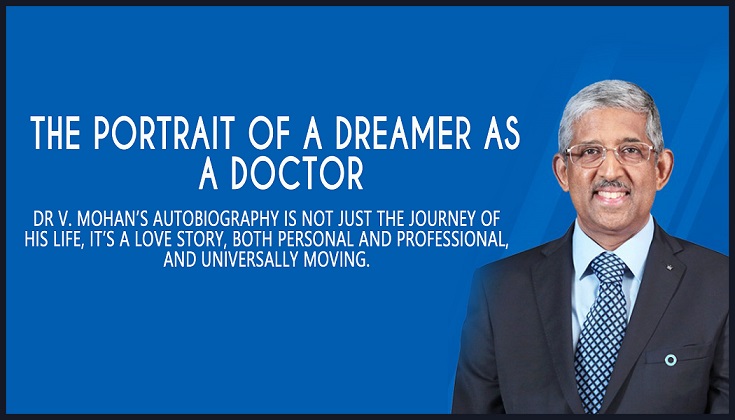 THE PORTRAIT OF A DREAMER AS A DOCTOR