Need Help? Every day, 24 hours
Dr. Mohan's Diabetes Specialities Centre > Blog > Blogs > Why Does Everybody Talk About Glycaemic Response And Why You Need To Understand This Complicated Terms To Beat Diabetes 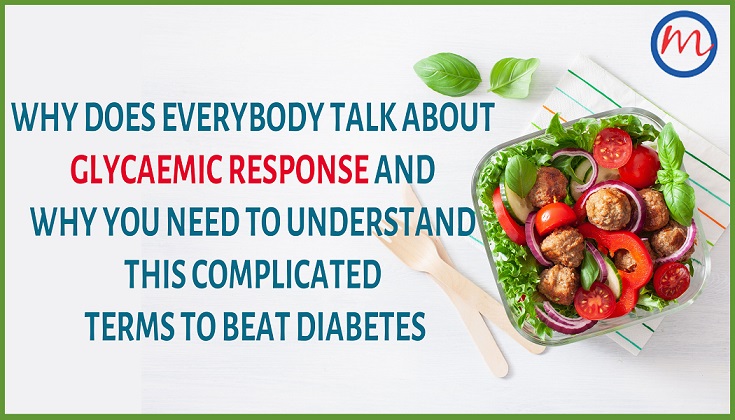 For every person with diabetes, carbohydrates seem like an enemy. But there are good carbs. And there are bad carbs. Good carbs give energy for a longer period. They make you less hungry. Like a salad. But bad carbs become energy very fast and make you more hungry soon. Like an ice-cream. The challenge is to choose good carbs. The glycaemic index helps in measuring the carbohydrate count.

Patient with Type 2 diabetes and obese people can add fibre like psyllium husk to food. It helps to increase the glycaemic index – GI of your diet.

The glycaemic response is the changes in blood glucose after consuming carbs.

Glycaemic load is a measure of the degree of glycaemic response by a given amount of a certain food. Glycaemic load reflects both quality and quantity of dietary carbohydrates.

Every scientific study on diabetes talks about Glycaemic Response, Glucose Tolerance (or Intolerance), Glycaemic Index, Glycaemic Load, Glycaemic this and Glycaemic that. But ask any common sufferer of diabetes. Nine out of ten people (or maybe ten out of ten) will not be able to say what glycemic means or why all these term matter to them. Here is a simplified way of looking at all things glycaemic1:

PLAYING WITH THE WORD

The word glycaemic clearly comes from glucose. The origin of the word is glukus, the Greek word for sweet. Variants of the word are: gluco, glyco and glyc. The words are then joined by the Latin suffix, ’ose,’ meaning ‘full of’. So you get glucose as the main type of sugar in the blood and the prime source of energy for the body. With Greek ‘emia’ meaning ‘in the blood,’ the meaning of glycaemia comes about: sugar levels in blood.

In the past two decades, with dieting and weight-loss obsessions sweeping the world, public interest in glycemic index (GI) has exploded. GI is everywhere now, from popular diet books to magazine articles, radio advertisements, TV talk shows, social media to bodybuilding, sports nutrition and enhanced performance platforms. Great claims are being made about low-GI diets, as an aid in weight-loss, diabetes and heart disease. Beware, for many of these are oversimplified, misleading, faulty, inappropriate and even incorrect.

The bulk of energy in our diets come from carbohydrates (carbs, for short). When you eat carbohydrates, they are broken down into simple sugars—the major source of energy for the body. There are the “bad” carbs, the fast-digesting carbohydrates—high glycemic foods with the ability to quickly boost blood sugar levels after consumption—that have the worst reputation. Examples are: cooked potato, white bread, bananas, pasta, white rice to candies, chocolates or chips.

Then there are the “good” carbs: the more slowly digestible carbs, or minimally processed starchy foods, that have a slower and more gradual rise in blood glucose. They contain more dietary fibres are non- digestible and elicit a much lower blood glucose response. Example of good carbs are vegetables, lentils, beans, brown rice, unpolished millets and of whole-grain cereals and fruits with lower GI like guava, apple or papaya.

When we eat, digestible carbs are absorbed from the intestine into the bloodstream. As blood glucose rises, the hormone insulin is also released and causes the blood glucose to fall in a short time to normal (fasting) levels. The magnitude and speed of the rise and fall in blood glucose, and the duration over which it occurs, are called Glycaemic Response (GR). It varies for different carbs, the amount of food consumed, the amount of cooking, ripeness of the fruit, amount of fat or protein in the food and so on.

Fully and readily digestible carbs produce a rapid increase in blood glucose, followed by a rapid fall. For people with diabetes, it is particularly important to reduce the size and duration of blood glucose rise after meals. There is clear scientific evidence that GR can influence health outcomes of key public health priorities like type 2 diabetes and blood glucose control. Of the tools that help to measure GR, the most significant are: Glycaemic Index (GI), Glycaemic Load (GL) and the Glycaemic Glucose Equivalents (GGE).

It was not until 1981, however, that the word glycaemic found widespread use in scientific studies. David J.A. Jenkins, professor in the department of Nutritional Sciences at the University of Toronto, Canada, developed the concept of glycemic index (GI) as a way of explaining the way in which dietary carbohydrate impacts blood sugar.

So Glycaemic Index (GI) is a ranking of carbohydrate-containing foods on a scale of zero to 100, according to their effect on blood glucose levels. Carbohydrate foods that are digested quickly and rapidly release glucose into the bloodstream have a high GI. Similarly, foods that are digested slowly or partially and release glucose gradually into the bloodstream have a low GI.

With pure glucose (or white bread) assigned a value of 100, other foods are given an index number representing its relative effect on blood glucose levels. Sweet corn (GI 55), for instance, raises blood glucose levels 55 percent as much as pure glucose. Foods below 55 are considered low GI foods, 55-70 is moderate-GI and over 70, high GI foods. Cooking or processing can raise GI. For instance, while raw carrots have a GI of 16, GI for cooked carrots is 92. Ripeness and storage time also affect GI.

The problem with GI is: first, it applies only when a particular food is consumed on an empty stomach. What’s more, GI does not take into account the amount of food consumed. It is determined by a serving containing 50 grams of carbohydrate, minus the fibre. But something like the beets, for instance: it has a GI of 64, but just 13 grams of carbs per cup. One would need to consume nearly four cups of beets in order to cause that spike in blood sugar levels.

So Glycemic Load (GL) has emerged as an alternative to GI. It is a formula that corrects for potentially misleading GI by combining portion size and GI into one number. The carbohydrate content of the actual serving is multiplied by the GI, then that number is divided by 100. So for a cup of beets, the GL would be: 13 times 64 = 832, divided by 100 = a GL of 8.3. A GL over 20 is considered high; 11–19 is moderate; and 10 or less is low.

GI can be seen as a property of the food and not of the subject in whom it is tested. GL provides additional information: the total available carbohydrate in the food portion as well as the glycaemic quality of the carb, both of which are factors that influence blood sugar concentration after ingesting food.

An alternative to both GI or GL, that is considered a more advanced expression of the glycaemic potency of foods is GGE. It differs from GI and GL because it refers to food—including protein, fat, fibre and all other factors that influence GR—rather than to available carbohydrate.

According to scientists, to accurately estimate the blood glucose impact of particular foods, one needs to take into account GI, food carbohydrate content and serving size. GGE is the new measure that combines all this. Defined as the weight of glucose (g) that would cause the same increase in blood glucose as an amount of food (either per serving or per 100 g), GGE is a useful tool to manage blood sugar levels for people with diabetes.

There is a growing body of scientific evidence that interventions to reduce glycaemic impact of the diet have beneficial health outcomes, especially for type 2 diabetes, weight management and heart disease. Modifying the glycaemic response of diet, however, should not be seen as a stand-alone strategy, but rather as an element of an overall balanced diet and lifestyle. For people with diabetes both choosing foods with a lower GI as well as controlling the portion sizes to reduce the GL are important 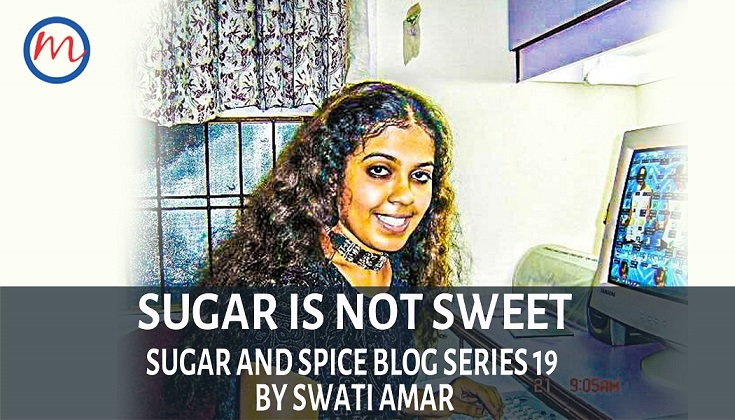