Ramadan is one of the holiest, and most important festivals for all Muslims. It is also a time when major changes are made to the dietary pattern, as it represents a month of fasting through the whole day. Normally lasting for 29 or 30 days, the Ramadan month is eagerly awaited, every year, by the approximately 2 billion Muslims in the world.

Muslims who take part in the Ramadan fast, do not eat anything through the daylight hours. They eat one meal (the Suhoor) in the early hours of the day before the dawn, typically before 5 am and their next meal is only after sunset when they break the fast ( the Iftar).  Almost all Muslims do follow the fast with exceptions being, pregnant women, lactating mothers, very small children and people with severe illnesses where fasting could be dangerous to their health. The Ramadan fasting can be particularly a challenge to people with diabetes. Although those with type 1 diabetes whose life could be in danger if insulin injections are missed, are usually exempted from the fasting, those with type 2 diabetes usually opt to fast. This article will try to give a few tips for those with diabetes but could be useful for anyone who wants to eat healthy food during the Ramadan fast, with a particular emphasis on the glycemic index and glycemic load of foods.

What is Glycemic Index?

Before we proceed further, let me try to explain the concept of glycemic index and glycemic load in our diet. The ‘Glycemic index ‘(GI)  of a food is defined as the inherent quality of that food to raise the blood glucose level. In other words, it is a ranking of foods, based on their tendency to increase the glucose level. Usually Glucose or white bread is taken as the standard. To measure the GI, healthy people are fed the foodstuff which contains 50 grams of digestible, or what is called as ‘available’ carbohydrate.  The same test is then repeated with glucose or white bread.  The increase in blood sugar levels after the test food and glucose are then compared.  The GI of glucose is taken as 100. If the GI of the test food is 55 or less it is called as a ‘Low GI’ food.  If it is between 56 to 69 it is a ‘Medium GI’ food, and if the GI is 70 and above, it is called a ‘ High GI’ food.

What is Glycemic Load (GL)?

The concept of glycemic load (GL) is a more recent one. Nutritionists realized that even more important that the actual GI   of the food, was, how much of that food was consumed. For example, the GI of a food may be high but one person may have a couple of spoons of it, while another may have half a plate of the high GI foodstuff and obviously there is a lot of difference between the two. Hence the concept of GL, which simply multiplies the GI by the amount of the foodstuff consumed. Obviously, the GL is more significant in terms of effects on the health of an individual.

Back to Ramadan and healthy eating. It is important to see that both at the Suhoor and Iftar, that one does not go overboard with what one eats. This may be particularly important for those with diabetes and those who do not want to gain weight during Ramadan.

Here Are Some Suggestions For Healthy Eating During Ramadan:

Suhoor (Start of the fast)

Drink plenty of fluids. Remember it is summer and we tend to sweat more and also, don’t forget the COVID 19 pandemic is on. Hence keep yourself well hydrated for the fast during the day. Water is best. Hydrating foods eg. watermelon, are useful at Suhoor.  Arabic fattoush salad with plenty of hydrating foods like cucumber or tomatoes make excellent choices.  Starchy foods are needed to give you energy but you must choose whole grain and high fiber starches which will also be low GI foods like oats which can be taken as a porridge to increase the fluid content of the diet, if one adds milk or water. Yoghurt can also be taken. If one is taking rice-based items like idly or dosa or wheat items like chappathis, see that you add legumes and pulses which will help to increase the fiber and protein content while reducing the GI of the meal.  Eggs can give you protein, and also have a great satiety effect. Try to avoid salty foods or taking salt, as it can make you thirstier. Also avoid caffeine containing drinks like coffee, tea or aerated cola drinks, as they increase the urine output, making you more dehydrated.

Iftar (Breaking of the fast)

When the fast is being broken in the evening after dusk, start with plenty of fluids. Water is the best although milk can also be taken. Avoid sugar loaded beverages as they add to the GI and GL of the diet. Once the fluids are taken, start with food which is relatively healthier. Dates are taken traditionally as they are loaded with nutrients including iron, potassium, manganese, fiber, etc.  Even for people with diabetes, 2 or 3 dates may be alright. Fruits are excellent especially the lower GI ones like apple, guava, papaya, oranges etc. Soups are often taken to break the fast. These are usually meat based but also contain lentils and beans.

After the fast is broken, the dinner can consist of high protein foods: fish, chicken, lean meats, eggs and beans are all great.  The amount of rice or chappathis can be limited to reduce the carbohydrate and GI content of the food. Desserts and sweets which may be traditional at this time, but especially for those with diabetes, these   can be replaced with fruit.

Remember that at the time of Ramadan, the time between the night and early morning meal is shorter, so see that the food is digested well and that you do not overeat. Adding some light exercise, eg. A post dinner walk, may help in the digestion.

Remember Ramadan provides you an opportunity to actually improve your health. Make the best use of it . Ramadan Mubarak! 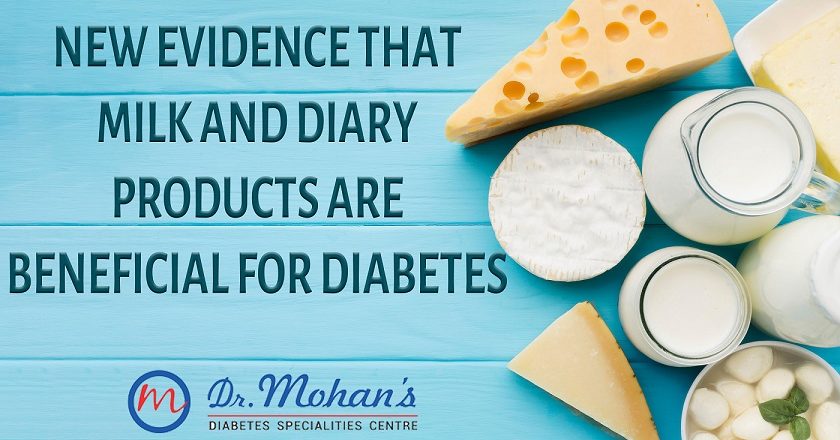 New Evidence that Milk and Diary Products are beneficial for Diabetes