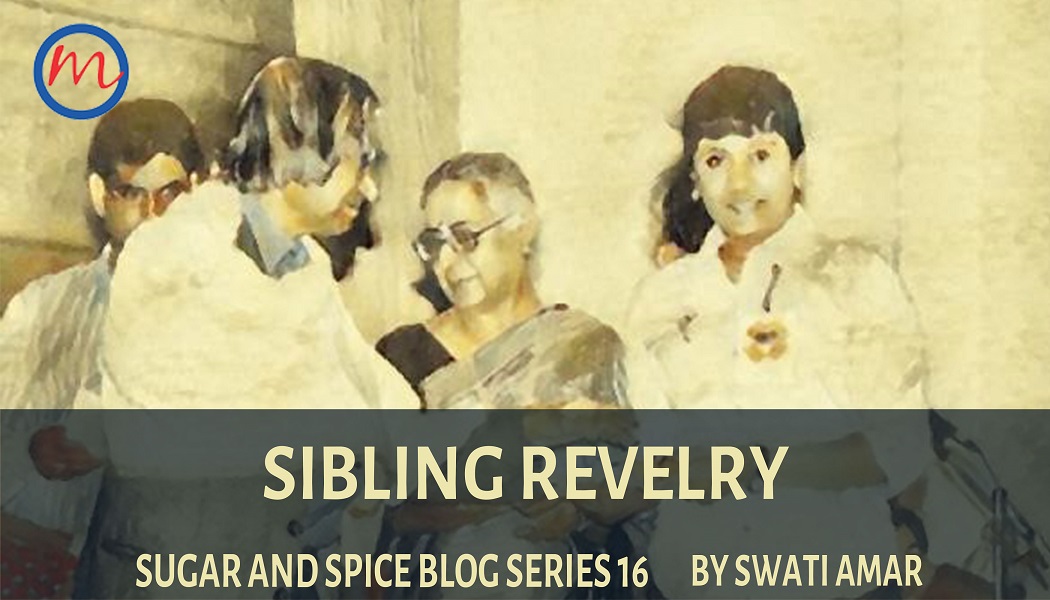 Chinky landed on earth like a bombshell, literally!  She decided to make her appearance when the entire city of Chennai was in lock-down, in the aftermath of the brutal killing of our Prime Minister, Rajiv Gandhi in a bomb blast in Sri Perambathur not very far from Chennai!  And that too soon after the double surgeries on her sister’s knees by the doctor who decided to make a few quick bucks betting on the life of a child of 4 years! This time too I had to undergo a C-Section, which back in 1995 meant half a foot long incision from the belly button downwards and a hospital stay for a week!

Oblivious to the tense ambience around her, she lay in the crib and started staring at the family members who were around her, much to the astonishment of everyone. So that gives you an inkling of what she would grow up to be! One thing was for sure; she would keep me on my feet and never fail to surprise me!

I was possibly imagining, but on the day we brought her home, it did seem to me that she looked directly at her sister, and did I miss a wink? I am still not sure! But she did convey a strong message that she would keep us all busy and entertained and if that was stressful, it was none of her concern!

The bindaas girl was a true follower of her sister and was always seen with her, emulating her and soon became adept at doing whatever her sister did! She insisted on going to school when she was a little less than two, just like her sister did. It is another matter that Romi Aunty, who ran a kindergarten school in Lagos and had a pet Pomeranian, Tipsy, found Chinky too talkative and had her mouth taped for a few days, while at school!

When her ‘didi’ was diagnosed with diabetes, I don’t remember how it might have affected her, because we were too shell-shocked and engrossed in the new challenge at hand. But today, as I look back, I remember with gratitude how Chinky rose up to the situation, without giving up on her antics! When her didi had low sugar episodes, she would rush to our room and wake us up and even while we were handling Niky, she would have a bag with all the necessities for her sister packed neatly. There were several occasions when we had to hospitalize Niky and I remember I left Chinky in the care of my husband and went to stay with Niky. To our astonishment, we found that Chinky had become an expert in managing a home even when she was very young and by the time she was eight she was making dinner for her daddy and herself.

Handling emergency situations efficiently, looking after herself and at times the home, and learning to handle her studies, friends and her life independently without seeking our intervention, transformed Chinky into a quick-thinking and dynamic child who always had solutions to problems. While she was mischievous and quick-witted, she was also a person who analyzed people and situations logically and learned to adapt to new situations easily. Her sister was her role model. So we found her involving herself in arts, spoken events, music, dance and everything else her sister did. I admitted her to a dance school that taught classical dance with the idea that it would help channelize the energies of this very active and astute child. I was almost afraid if she were left to her own devices, she would conjure up some prank that would keep us engaged! 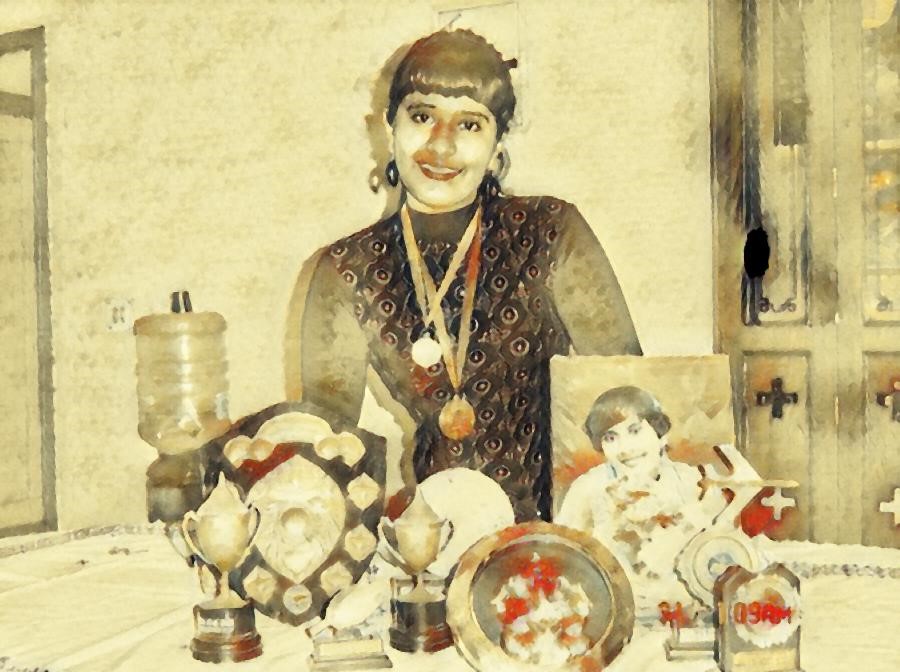 Chinky started a special kid’s magazine, ‘Kitty Korner’, a centerspread pull out in a city magazine when she was only eight. She also started writing for city newspapers and magazines when she was in high school. While the father was commuting long hours and working six full days a week, coming home only at nights, it was  left to me to drive the girls to school and take them both to the numerous competitions  they took part in as well as the award ceremonies .

There were fights between the girls too, and a sense that as parents we were probably being too lenient with the older and weaker child, but those were passing clouds. Chinky too had her own share of insecurities and personal encounters with challenges stemming from discriminative behavior of teachers and students in school, body shaming, and lack of opportunities due to gender, class, caste differences and all other prejudices prevalent at that time. Despite the fact that our family had a culture of transparency and candidness, it did impact the poor child and probably, as a mother I did not rise up to the occasion when she would have needed a hand to caress her head and tell her, ‘I am there for you’! But none of that affected the mischievous smile, which peeked out of her sprightly countenance.

Chinky too won the award from Dr. Abdul Kalam, the President of India in the same international writing competition her sister had won twice in her age category.  Sitting down in the same gallery watching our second born receive the award was overwhelming. Was that some kind of a lollipop that was handed out to us as some kind of a compensation for the trail of travails we had endured all these years? 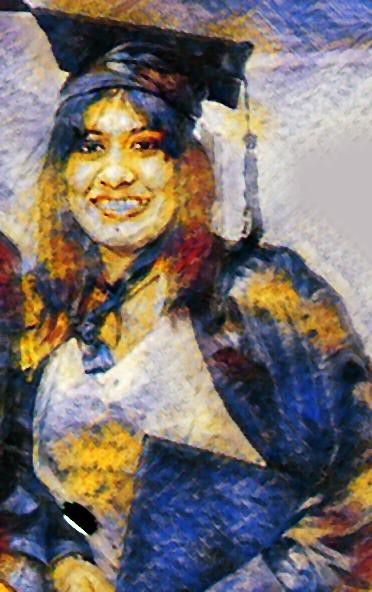 Sometimes children who come from homes where there is a member with a disability develop certain values based on empathy, kindness, acceptance and adaptability to new situations. They develop a caring and sharing nature. Chinky has grown up to be just that and some more! It was not surprising for us when she expressed her desire to take up law as a career and joined a premier law university in India, after clearing a tough entrance exam and a court battle against discrimination! At law school, she decided to specialize in Human Rights law!

It was a proud moment for us when she was chosen as one of five international ambassadors for justice, peace and security and awarded a fellowship by the Netherlands Government to do a fully funded master’s programme in public international law. Today she is an accomplished human rights lawyer. After working in an international bank she has now established her own outfit and is trying to create a niche in her chosen field.

Today, Niky and Chinky have a connection that transcends the contours of sisterhood; and is at a place where there is boundless love and respect for each other. She is her sister’s foremost critique and her greatest fan. She is also her sister’s confidante and a guide and yet continues to be inspired by her. Both the girls are fighting their own battles in different parts of the world, but with more confidence, understanding and patience.

As a parent if you ask me was it all worth it, my answer would be a very affirmative YES! 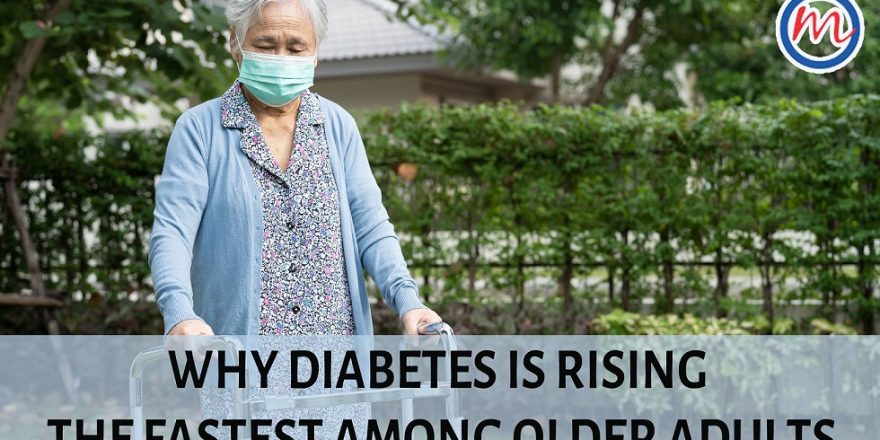 WHY DIABETES IS RISING THE FASTEST AMONG OLDER ADULTS