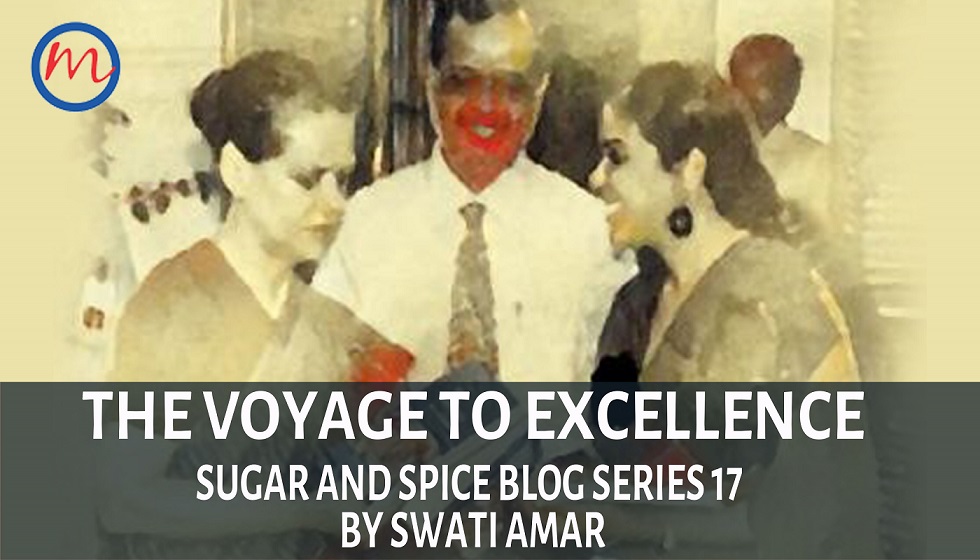 The book, ‘The Voyage to Excellence’, was released in January 2005. In the midst of Niky’s undergraduate studies she not only interviewed 21 top businesswomen across India along with another IIT student, but she completed writing the book and got it published too. The next step was to launch the book. This took a lot of time and energy involving drafting and sending several emails, making calls and trying to arrange schedules for those who agreed to come in as chief guests. The first launch was planned in Delhi. Niky wanted to present the first copy to the President of Indian National Congress, Ms. Sonia Gandhi and after a lot of work trying to get an appointment; she finally managed to accomplish this feat. As a family we pitched in wherever we could to help her.

While the book was about the voyage to excellence, her own voyage to completing the book was not without its myriad challenges. She had to keep her sugar under control, be on top of every subject in college and at the same time, work on the manuscript, also making several phone calls and arranging meetings with these women. It also involved a trip to Mumbai and Pune when I accompanied her. This meant that one had to plan for meals carefully, ensure that she was not exposed to infections and maintained her sugars well.  There were times when she got into trouble in college, partly due to the need to have her snacks during breaks and partly because she had to return calls to get appointments with the business leaders. One dare not avoid calls from their secretaries, as their time was more important than hers! 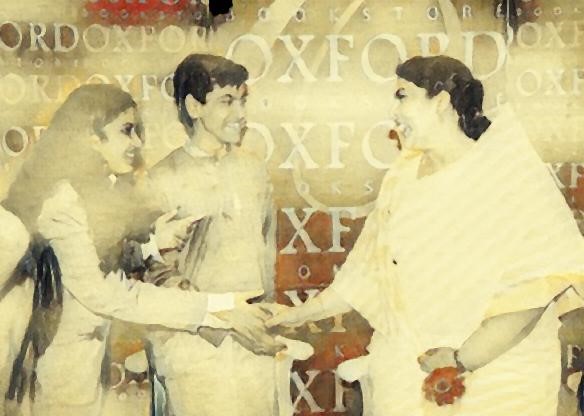 College fees had to be paid during the break time and once the college hours were over, the bank inside the premises would not accept the fees. I remember once Niky had to eat her snack and the bell rang for the next class before she could pay the fees. It was sports hour when she did not have much to do and she decided to go to the bank and finish the task. She was noticed by a couple of teachers who reported her to the principal that she was in the bank during class hour. That was the extent of cooperation that T1D children received from educational institutions back then and probably this continues even today. There usually is no understanding on the part of the teachers that such children need to have frequent snacks, drink water or go to the loo and allowances have to be made for them.  In her case, it was not as if she was using her condition as an excuse to refrain from studies. She loved economics and was usually among the top ranking students.

On another occasion, she was on the phone talking to the secretary of one of the business leaders during the break. The bell rang for the class but she could not cut the conversation as that would have been impolite. Her economics teacher who had the next class noticed she was on the mobile and confiscated it. She tried to explain but the teacher wouldn’t have any of it. She was informed to bring a parent to get the phone. Normally I go to pick her up after college hours because she was also doing a course in web designing and I used to drop her there. As soon as she told me, I went to the staff room to get the mobile back because I knew she had to be constantly alert about calls that may come due to her networking endeavors for the book. But I was not prepared for what the teacher did. On seeing me outside the staffroom, she casually came out, locked the room and told me to come the next day!

Wading through a sea of challenges, Niky had accomplished the feat of having written a business book successfully. She is probably the only college student in her teens who brought out a book on 21 women corporate leaders in different fields ranging from hardcore manufacturing industries to service industry as well as fashion and entertainment industry.

The first copy was given to Ms. Sonia Gandhi in New Delhi and the launch function was graced by the Minister for Women and Child Development and a few other eminent personalities at Oxford Bookstore, New Delhi. Another launch function was organized in Chennai and this time N. Ram, Chairman of The Hindu Group and a host of other celebrities attended the function. It was a dream come true for the young teenager who had had to battle continuously to rise about limiting circumstances to prove herself. Being a girl child with a challenge such as T1D was not any help. But the grit to complete what she had set out to do, helped her contend with the obstacles that took her off guard   every now and then. She was slowly realizing the true nature of the realities of life, but at heart she was still a sensitive and creative person who liked to perceive beauty in the world.

The launch of the book, ‘The Voyage to Excellence’ fetched her lot of media attention, visibility and awards. She started getting invitations as chief guest for events, and also took part in panel discussions and interviews in TV channels. Her feat was acknowledge and she became the proud recipient of the Infosys Young Achiever Award from the founder-chairman of Infosys, Mr. Narayanamurthy who had also written a foreword for the book. The London School of Economics made an exception to their rule which required a student for postgraduate degree in Media and Communication Research to have at least seven years of work experience or be at least 25 years old and admitted her to the course, considering her work from the age of 12 in the media. The fact that she won a gold medal for Economics in her undergraduate studies also helped this decision to make an exception for her.

It appeared to us that the voyage to her career as a journalist, an author and media person was beginning. Though we were apprehensive of sending her to London alone, this time she did not budge. We arranged a bank loan for her and she flew off to London to chase her dreams, leaving me at home worried about her health. It was not just the T1D that I was concerned about. It was the fact that she was a simple girl with beautiful mind and big dreams and one who went to great lengths to help anybody, trusting everyone, without considering the fact that she was vulnerable to exploitation and cheating.