Need Help? Every day, 24 hours
Dr. Mohan's Diabetes Specialities Centre > Blog > Blogs > Is insulin a must for all children with diabetes? 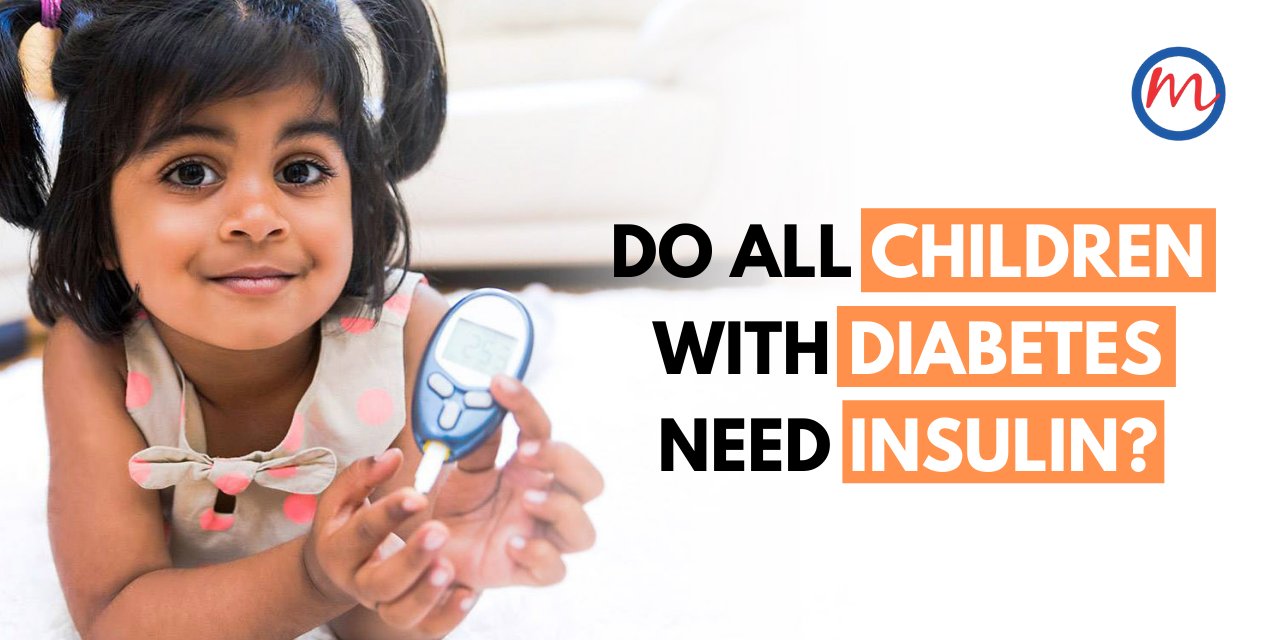 Nyla is a 12-year-old girl. Two months ago, she was found to have diabetes when being evaluated for excess urination, thirst and weight loss. Her doctor has started her on insulin injections, three times a day, and has told her parents that she will have to continue insulin for the rest of her life. Is this so? Is there any chance that she will be able to control her diabetes without insulin injections?

Diabetes in childhood and adolescence is becoming increasingly common in India. A diagnosis of childhood diabetes is often received with great fear by parents as it evokes images of lifelong need for insulin injections, as well as the development of complications in the eyes, kidney, heart and feet. However, it is increasingly becoming clear that not all diabetes in children and adolescents needs to be treated with insulin.

In addition to type 1 or “insulin-dependent” diabetes, there are other types of diabetes in children that respond equally well, if not better, to tablets than insulin. Many a time, children with these forms of diabetes are mistakenly diagnosed with type 1 diabetes and treated with insulin unnecessarily. Making a correct diagnosis may help these children to stop insulin injections and can be life-changing in many cases.

Let us now see what the different types of diabetes in children are.

Type 1 diabetes, also known as insulin-dependent diabetes mellitus (IDDM) or juvenile diabetes, is the most common form of diabetes found in children and adolescents. This condition occurs due to the destruction of the beta-cells of the pancreas, that are responsible for producing insulin. In most cases, the body’s own immune system is responsible for the destruction of these cells, probably as a response to viral infection. Once the beta-cells are destroyed, the pancreas produces no insulin and the patient is dependent on lifelong insulin injections for his/her survival.

If insulin injections are stopped, the patient rapidly goes into a coma and may even die if immediate treatment is not given. However, if insulin is taken regularly along with regular monitoring and follow-up can help these youngsters to have a normal life. We now have individuals who have lived more than 60 – 70 years with type 1 diabetes without any major complications whatsoever. Recently we honoured 8 such people, with the Dr.V.Mohan Victory over Diabetes Medal.

Type 2 diabetes is generally considered a disease of middle-aged adults, especially those who are overweight or obese. However, with increasing levels of overweight and obesity in children, this condition is now being found in younger age groups also, including children. We have seen even children below 10 years of age with type 2 diabetes.

In addition to being overweight or obese, some children with type 2 diabetes also show certain changes in the skin. These are called acanthosis nigricans and skin tags. Acanthosis nigricans is a darkening and thickening of the skin usually found on the nape of the neck and armpits (see figure). Skin tags are small skin projections that appear over the neck, upper chest and armpits. The presence of either of these conditions in a child with diabetes makes the diagnosis of type 2 diabetes more likely.

Most children with type 2 diabetes will also have a strong family history of diabetes, i.e., either or both of the parents, as well as several other members of both sides of the family, will be having diabetes.

Lifestyle modification, focusing on weight reduction, is the mainstay of treatment of type 2 diabetes in youngsters. Those children who fail to get control of diabetes with these measures will need to start oral medications (tablets). Insulin is usually not required at least in the early stages of type 2 diabetes.

Among the different forms of diabetes in children, type 2 diabetes is the only one that can be prevented (or at least delayed). Prevention of type 2 diabetes can be achieved by encouraging children to participate in regular physical activity, ensuring healthy diet and minimizing weight gain, especially if there is a history of diabetes in the family.

Monogenic diabetes is a rare form of diabetes that occurs due to a genetic defect in the beta-cell. The pancreas is, therefore, unable to produce or release insulin in an appropriate manner, leading to diabetes.

There are different types of monogenic diabetes. The most frequent type is diagnosed in late childhood or early adolescence and is called Maturity Onset Diabetes of the Young (MODY). These children are usually not overweight or obese and do not have acanthosis nigricans or skin tags. They have a strong family history of diabetes in three generations of one side of the family (maternal or paternal side, but not both). There are several subtypes of MODY which can only be diagnosed by doing genetic testing.

The second common type of monogenic diabetes develops before 1 year of age, and is called Neonatal diabetes. This disease occurs due to a genetic defect that prevents release of insulin from the beta-cell. Even though the disease is genetic in origin, a family history of diabetes may not be present in these cases. A genetic test is mandatory for all children diagnosed with diabetes before 1 year of age.

The importance of making a diagnosis of monogenic diabetes is that many of these patients can be treated by oral tablets, like sulphonylureas, without insulin. However, the diagnosis can only be made by means of a genetic test and without doing this we should not try to stop insulin and try tablets. Our centre is a National Centre for Monogenic Diabetes testing, approved by the Indian Council of Medical Research (ICMR). Our website www.monogenicdiabetes.in gives details of how to send blood samples for genetic testing. We usually do genetic testing free of cost as a service to the public.

This type of diabetes used to be found occasionally in some parts of India, including Kerala and Tamil Nadu, until the 1980s, but has now become rare. In the human body, the pancreas is not only responsible for producing insulin but also plays a major role in the digestion of food. Damage to the entire pancreas, as occurs in FCPD, can therefore cause both diabetes as well as indigestion.

Patients with this condition complain of recurrent attacks of severe abdominal pain in childhood, followed by malabsorption of fat (passing oily stools) in adolescence and the development of diabetes in early adulthood. The cause of pancreatic damage is not known but may be due to malnutrition.

Patients with FCPD are usually lean due to malabsorption and malnutrition and do not have acanthosis nigricans or skin tags. There is usually no history of diabetes in the family. The diagnosis can be made by X-ray or ultrasound scan of the abdomen, which will show stones in the pancreas. Kerala state has the highest frequency of FCPD. The old theory was that it is due to Cassava (Kappa), but this has now been disproved. The exact cause is unknown.

Most patients with FCPD will need insulin for control of diabetes. They will also need nutritional supplements. They have an increased risk of pancreatic cancer and should be monitored for the same.

Type 1 diabetes continues to be the most common form of diabetes in children and adolescents in India. However, not all diabetes in children is type 1 diabetes. before deciding that the child needs insulin injections for the rest of his/ her life, it is essential to consider the possibility of other forms of diabetes. It is particularly important to diagnose type 2 diabetes and monogenic diabetes promptly, as these conditions can be treated with tablets without the need for insulin.

As mentioned earlier, children with type 2 diabetes are usually overweight or obese, with features such as acanthosis nigricans and skin tags, which are absent in other forms of diabetes.

There are three important blood tests that help to confirm the type of diabetes in young people.

Two months after she was diagnosed, Nyla and her parents consulted us for further evaluation of diabetes. Further investigation showed that her C-peptide levels were intact and that her GAD antibody test was negative. During the evaluation, her father was also found to have diabetes. In view of the strong family history of diabetes, we advised genetic analysis for both Nyla and her father. Genetic studies confirmed the diagnosis of MODY in both of them.

Nyla was able to stop her insulin and was started on oral sulphonylurea tablets. Her blood glucose levels came under good control and are being maintained at the same level even now, even five years after the insulin was stopped. For the family, it was a miracle to be able to stop insulin injection in Nyla.

However, in a small number of cases, the diagnosis of type 1 diabetes itself may be incorrect and the child may be having one of the other forms of diabetes that respond to oral tablets. The decision to start or stop insulin should only be taken by an experienced physician based on the results of a complete evaluation of the patient. Stopping insulin without doctor’s advice can lead to serious complications and may even prove fatal. 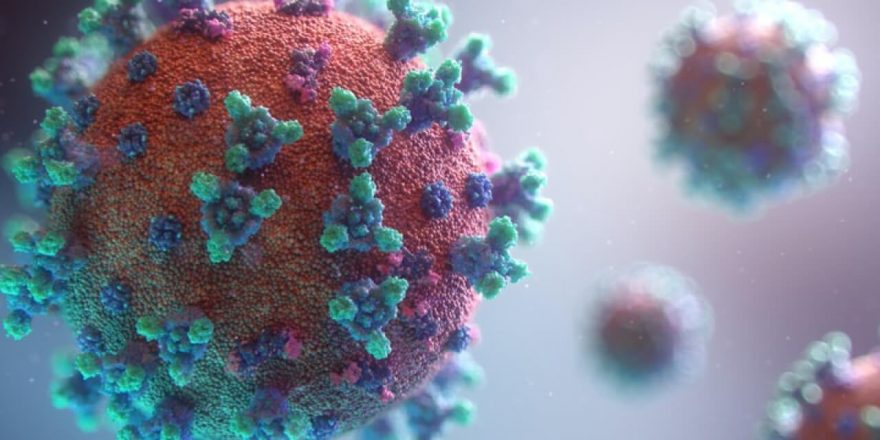 How to Talk to Your Child About Coronavirus Disease 2019 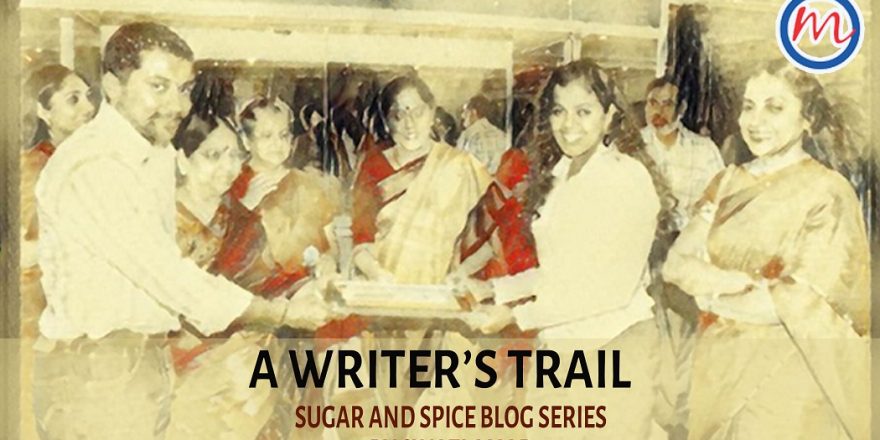