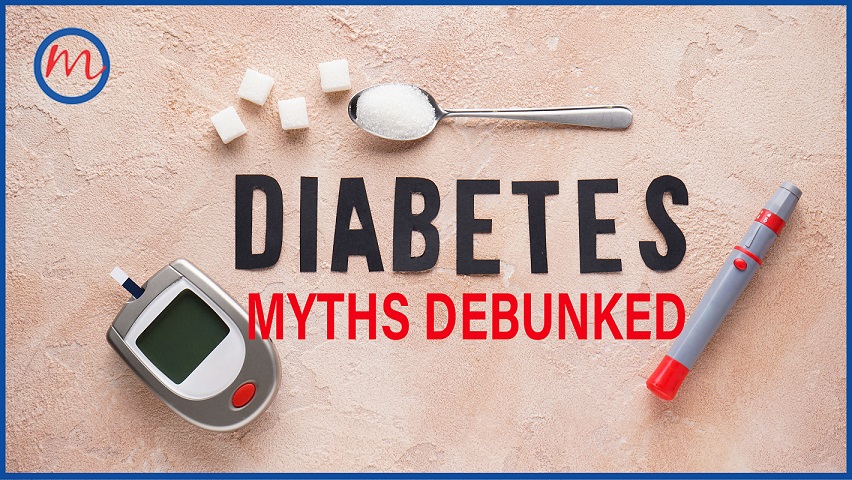 For you to live a healthier life

Diabetes is a complex disease. It can affect your life in many ways. As a result, there is a whole host of myths, misrepresentations and misunderstandings around diabetes. Even those who do their best to be well-informed have misconceptions about it. And wrong conceptions about diabetes affect how people take care of themselves or the quality of life they lead. Here, we highlight the most common diabetes myths, for you to live a healthier life.

MYTH: IF YOU HAVE DIABETES, YOU ARE MORE LIKELY TO CATCH COVID-19

No.If you have diabetes, you are not more likely to catch the coronavirus than others. You are, however, more likely to experience complications if you get Covid-19. The reasons are not clear, but several theories have been put forward for this. It can be because respiratory viruses tend to cause insulin resistance and a rise in blood sugars. Moreover, some of the medications and treatments used for treating COVID-19 (for instance, steroids) also raise blood sugars. According to some, pancreatic tissue is directly injured by the coronavirus. As a result, there is less insulin available for use in the body. This is as yet unproven though.
Click to View Video

MYTH: IT’S YOUR FAULT IF YOU HAVE DIABETES

Diabetes is not anybody’s fault. Your eating choices and physical activity levels do play a role in your blood sugar control, but there is more to it than that. Most of us spend long hours behind the desk or watching television these days. For most of us, life is more stressful. And there are too many convenient, processed and high-calorie foods all around us. Type 2 diabetes is a disease in which genes and the environment are the main culprits. The predisposition to be overweight, for instance, can be a genetic influence. It varies from person to person. In some people, it can be as high as 70—80 per cent. So getting diabetes may not be your fault. You can, however, always protect your health. For instance, losing weight lowers your risk considerably.

It’s not just overweight or obesity that matters in diabetes. You may be lean, but have belly fat (what doctors call visceral or intra abdominal fat). Research shows that more than body fat, diabetes is determined by where the fat is. For example liver and pancreatic fat seem to be most important ectopic fats (fat in the wrong places) which predisposes to diabetes. This is why waist size matters in diabetes: the bigger your waist, the more belly fat you are likely to have, and that increases your risk of developing type 2 diabetes along with heart disease, stroke, and other blood vessel disorders.Around 20 per cent people with type 2 diabetes are of a normal weight, or underweight. In fact, Indians have a higher percentage of body fat and intra abdominal fat, when compared to the Western populations of a similar body mass index. Indians seem to carry more weight around the abdomen and do not produce enough insulin. As a result, “thin fat Indians” form majority of the diabetes population in the sub-continent.

No, it is not. Diabetes is a “non-communicable” disease. You cannot catch diabetes from others—say, by sneezing, coughing, touching, talking or intimate contact. A history of diabetes in one’s family, puts one at higher risk. It does not, however, mean that members of the family will inherit the condition automatically.

Partly true. There are several early symptoms of type 2 diabetes, but we often overlook or ignore them. According to the US Centers for Disease Control and Prevention, about 20 per cent of people with diabetes ignore the telltale signs. For instance, losing weight without any change to your diet or lifestyle, frequent trips to the bathroom, feeling tired and hungry all the time, feeling dehydrated even when you have been drinking, drinking more fluids than usual. If you notice any of these symptoms, see your doctor. However in above 40-50% of people diabetes can indeed occur without any symptoms.

MYTH: DIABETES IS A MILD DISEASE

Not really, no form of diabetes is mild. The warning signs of type 2 diabetes can be mild, that you don’t notice them, but the disease is not. If type 2 diabetes is not managed well, it can lead to even life-threatening complications. Long-lasting diabetes often leads to dysfunction, damage and insufficiency of multiple organs. It is the main cause of heart disease (myocardial infarction), cerebral strokes, amputations, poor kidney function (renal insufficiency) and blindness. It shortens the average lifespan by 5–10 years when diagnosed in middle age, compared to the general population.

MYTH: TYPE 1 AND TYPE 2 DIABETES ARE THE SAME

They are actually very different, although both are linked to insulin. In type 1 diabetes, the body stops making insulin. It’s an autoimmune disease (a condition in which your immune system mistakenly attacks your body). Between 5-10 per cent of people with diabetes have type 1. It manifests mostly at a young age also it requires regular insulin shots to help their bodies convert food into energy.  People with type 2 diabetes make insulin, but their body does not utilizes well. Diet and exercise can control type 2, although most people need medications.

MYTH: PEOPLE WITH DIABETES SHOULD HAVE SUGAR-FREE OR DIABETIC FOOD

This is one of the most common diabetes myths. It is true that the consumption of sugar and sugary drinks can raise the blood glucose level in your body, and can be especially dangerous for someone with diabetes. But this does not mean for people with diabetes, the diet will have to be totally free of sugar. People with diabetes should eat a well-balanced diet, which can include some sugar especially if their diabetes is well controlled.These days, diabetic food is often used as a label on food products. Instead of sugar, these foods use other sweeteners. Doctors recommend that people with diabetes should avoid diabetic food: because, they often affect blood glucose levels and may also cause adverse side effects.

MYTH: IF YOU HAVE DIABETES, YOU WILL NEED INSULIN INJECTIONS

Not necessarily. There are many oral medications to regulate blood sugar levels for those with type 2 diabetes. In fact, in some cases, a healthy diet and active lifestyle can help people to control their blood glucose. The best way to regulate blood sugar is to have a diet of lean or vegetable protein, healthy fats, whole grain, non-starchy vegetables, and fruits. And this is recommended for anyone who wants a healthy lifestyle. Most people with type 1 diabetes, however, are dependent on insulin and will require daily shots of insulin.

This myth originated at a time, when insulin was used as a drug of last resort, often when the disease had progressed too far—including vision loss. This is still believed by some. Insulin is, in fact, a lifesaver drug for people with diabetes. It is safer than many other diabetes drugs.

Type 2 diabetes usually develops in middle-aged (over the age of 45 years) and older adults, but is increasingly occurring in younger age groups including children, adolescents and young adults. Recent research shows that in India, over 46 per cent of people with type 2 diabetes are under age 40. What’s more, diabetes develops at a younger age in Indians—at least, a decade or two earlier than in the Western population. 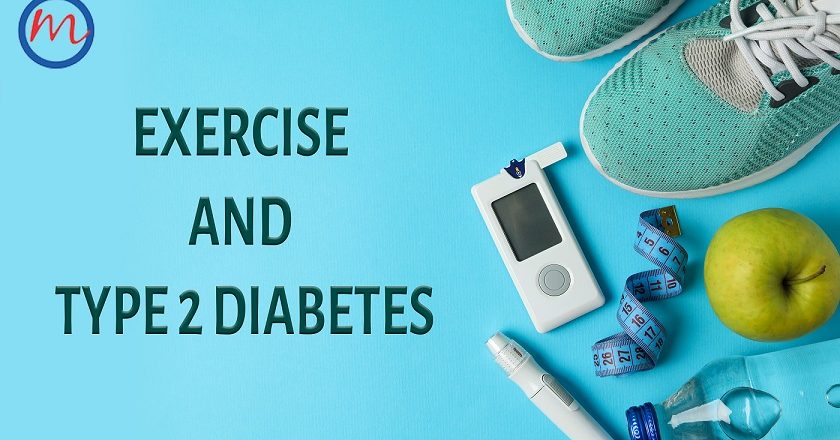